2020 is shaping up to be a massive year for Bonzai Classics. To keep that momentum going, we’re super proud to present a miscellany of works, taken from 3 albums, spanning over 10 years from one of the most famous projects of the nineties and noughties titled, Planisphere – Atmospheres. George Petkidis and Laurent Veronnez are the maestros behind Planisphere, and together they delivered some of the very best progressive trance/trance cuts the world has heard. A fresh new slice heads up this ‘best of’ compendium, the guys have been in the studio creating more masterful music in the form of the brand-new track Atmospheres which, will be part of a fully remastered 18 track, 2 x CD package, wrapped in elegant casing with sharp, defining artwork. Since 1998, Planisphere has been a part of the story that shaped the melodic progressive sound, but they also branched out into more experimental touches, with what can only be described as epic breaks, on tracks such as Lektrophony, Cubed, United We Were, Corinthians XIII and Timestop. Who can forget the huge classics, Deep Blue Dream, So Many Ways, Totem, Cubed, Moonshine, Hoasanna and the more recent Memento. It was these tracks that were filling up journey-led sets, wowing the crowds with cascading synth melodies and euphoric climaxes. Dreamy, atmospheric tracks like Balearic and The Lost Planet raised the bar while more otherworldly cuts like Cyborganic, Symphotek, Spectrazoidesign and Solarism- Everyone Needs A 4 To The Floor took us into the stratosphere.

The main track – Atmospheres, captures the true essence of the Planisphere sound. One of theatrics, melodic, captivating and boundary pushing. The track opens with an ambient sequence before a stuttering percussion pattern takes us to a deep bass drop. The bass etches out an infectious melody which is joined by cool synths before urban style breaks come through. Just at the midway point, a chugging bassline is joined by a full-on 4 on the floor beat. A mesmerizing melody fades up, a signature for these guys, which takes the track to a new level. An outstanding, hybrid groove, a definite must have. Expect more new material from Planisphere. 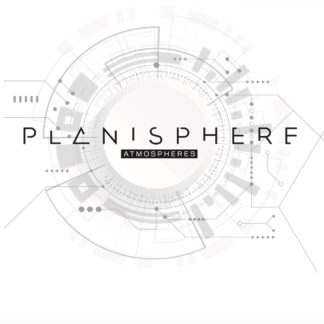